Kim Davis is not a Theonomist 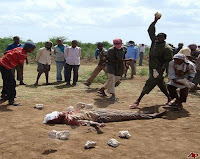 Theonomy: The belief that the Mosaic civil laws of the Old Testament are binding upon all rulers of all nations, most especially the Mosaic death penalties. (with the very high likely hood that one day, they WILL become the laws of the world).

Before I begin, let me set the stage so that we are clear on what exactly I'm arguing in this installment. There are several different views regarding the relationship between the Bible and the Government.

View 1: The Christian is a citizen of heaven, therefore he/she should not trouble him/herself with political issues.  This view must be rejected without question. Only the very fringe fall into this category.

View 3: The Christian should seek to serve God and rule according to his law. Each Christian is to rule by the moral law of God wherever it is to be found in the pages of Scripture and we will know which laws are moral because "our conscience will tell us." Although, we do not enforce the first four of the Ten Commandments, only commandments 6-10.  Most Christians fall into this category. 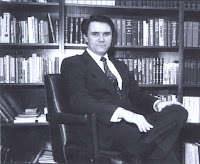 View 4: Theonomy: The Christian needs to work to institute the Mosaic Old Testament law as the law of the land, thus, the first amendment to the constitution needs to be abolished and the law of God reign supreme. This view also falls short because it does not recognize the temporal nature of many of the laws that God gave to Israel. Including the first four commandments requiring the keeping of a Sabbath, not worshiping any other God, etc. etc. A handful of Reformed Presbyterians fall into this category.

View 5: The Christian should be involved in politics and should obey God in everything, but the law of Moses was not a law given so that nations like the US could copy it. The law that the Christian should govern by is the law of Christ revealed in both the Old and New Testaments. The Law of Christ thus is NOT an exact replica of the Old Testament civil law, but is far greater. (For in Christ "are hidden all the treasures of wisdom and knowledge.) I would fall into this category.

How can I say this? After all, I've never met her, never talked to her, have no idea what church she attends, and I freely confess that I know nothing about her theology. But I know that she's not a Theonomist because she has been married 4 times, divorced three times, and was made pregnant during her first marriage by the man who later became her third husband. Thus, according the Old Testament civil law, Kim Davis should have been put to death long ago, long before she became a believer. The only reason that Kim Davis lives to profess and serve Jesus Christ is because the laws of Moses are NOT in effect.

Of course many Theonomists are praising her stand against a corrupt government, as am I. However, the difference between Theonomists and I is that I can praise her with a clear conscience while they say that she should have been justly executed long ago. The only reason that she's alive is because the Theonomists have NOT gotten their way.

One of the most well known and consistent Theonomists was Greg Bahnsen who passed away and the early age of  47 in 1995. In one of his most complete and enduring works on Theonomy he writes,


"All those who committed capital crimes (as defined in God's law) had to be executed or else the magistrate would have been sinfully judging against the victim and in favor of the offender; this  is the sign of a wicked judgement. Hence, the ruler was prohibited from respecting persons or showing mercy to criminals. When God says homosexuality (for instance) warrants capital punishment, then that is what social justice demands; that is how heinous with respect to social relations the crime is in God's judgement. Those who are put to death according to the law of God are described in Deut. 21:22 as ones who have 'committed a sin worthy of death.' The God-given authority of the law is established in the penalties incurred by its violators. Hebrews 2:2 declares that the word of the law is unalterable. Such is the logic of ethics. If some action is ethically good or right, then the change of time will not per se alter the rightness of that action... the converted criminal who was crucified at Christ's side recognized tha the received just retribution for his crime under the sanctity of justice; he asserted, 'we die justly, for we receive the due reward for our deeds."

"With Respect to social affairs the Lord looks with so much scorn upon these crimes that He commands the state to execute those who commit them. Christians do well at this point to adjust their attitudes so as to coincide with those of their heavenly father. Remember the seriousness of  the penal law. Not even refuge sought by the altar could protect those who were guilty of capital crimes (ex. 21:14; cf. 1 Kings 2:28, 34); not even cherished friends or relatives are exempt from the death penalty when they have violated God’s law (Deut. 13:6-9)… it is not without  significance that the major problems facing society today are listed among those things which god  adjudges to be things worthy of capital punishment.” (Theonomy In Christian Ethics).

Does Kim Davis deserve to die? According to the law of Moses, yes she does. But the law which was administered under that priesthood has changed. As the word of God says, "Where there is a change of priesthood, there must also be a change of law as well."  (Hebrews 7:12) Praise God that we have a new high priest and a new law, for we all deserve to die for "the law brings wrath" (Romans 4:15).  But praise God, because women like her and men like me are allowed to live, even though we deserve to die. And we live because we have died to the law. As it is written:

Likewise my brothers, you also have died to the law through the body of Christ, so that you may belong to another law, to him who has been raised from the dead, in order that we may bear fruit for God... now we are released from the law, having died to that which held us captive, so that we serve in the new way of the spirit and not in the old way of the written code."


Thank you Jesus for freeing me from the law of sin and death. I know that Kim Davis thanks you too.