I'm sure you don't remember me, but we met a few years ago. I was one of Voddie Baucham's pastoral interns at GfBC in Houston, and you were a speaker at our annual conference. You preached from 1 Corinthians 12 and the unity of the one body, the church. It was one of the best handlings of that particular text that I can remember hearing. 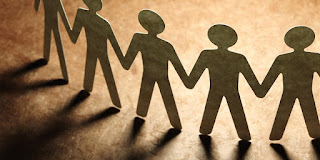 The reason I write you now, ironically, is because I think you're doing harm to the one body. I think you're causing and prolonging division. You've said so yourself. Perhaps not in those words exactly, but if you'll hear me out, I think you'll agree with my assessment.

If I understand your position correctly, you claim that there is division in the church, and most African American Christians (like yourself) won't reconcile with the church until there is repentance from white brothers and sisters.

Now, I am a white pastor at a small congregation, but one that is significantly made up of African Americans, and unity is of the utmost importance to me. In fact, I just preached yesterday on Philippians 1:27-28 where Paul urges the body to be unified for the sake of the gospel. I love Christ with all my heart and want to see him glorified through the advancement of that gospel. According to Paul, if anything is going to stop that advancement, it's not going to be the enemy that impedes, but division in the ranks. Division is inherently gospel stifling. And so I, (and I'm sure you as well) want nothing more than for the church to be unified, because ultimately, we want Christ to be glorified. He is all that matters.

And so this is why I'm troubled. You know that there is a lack of unity and you won't (can't) be the first one to move towards unity. You claim that you, and other like-minded black men and women, will not forgive and reconcile with the "white church" until something happens first. And this brings me to the reason for writing. WHAT do you want to happen? WHAT needs to happen to attain this unity?  I want nothing more than unity with all people, red, and yellow, black, and white. So let's get to work and identify clearly what needs to be done to seek attain the unity that Christ has purchased with blood. Are you interested? 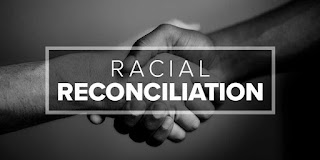 You state that there can be no reconciliation in the church until white people do something first.

"Racial reconciliation does not start with forgiveness...There’s no form of reconciliation that starts with forgiveness. All reconciliation—if it’s informed and true—begins with either the injured party declaring someone’s offense or with the confession and repentance by the guilty party. Jesus teaches us this clearly in Matthew 5:23-26. The guy claiming to worship can’t go on worshiping at the altar when he remembers there’s a rift with a brother. He needs to leave his gift—the very gift that was being offered to God for forgiveness. He needs to reconcile. Agree to terms. Get things patched up by dealing with the facts of the offense, and so on, and then come back to the altar where forgiveness with God and man might be enjoyed in a clean conscience during worship. "

So obviously, you want someone to confess to something. You want someone to seek forgiveness for something. And you claim that if that someone would come, confess, and seek forgiveness, then reconciliation will follow. We can make that happen. Since you're the one saying that you will not reconcile until white people act first, then you need to say what action we need to perform.  If you would clearly identify WHO you want to confess and WHAT you want them to confess to, then I'm sure white Christians would be happy to "leave our gifts at the altar" and "first be reconciled to our black brothers." We've been trying to get you to reconcile for a long time.

You contend that you want confession of sin from the "white church" white people don't know what that means.  We're confused concerning what you're after since the white church as already confessed. The Presbyterian Church in America offered a public condemnation of racism throughout their history. The SBC has also offered a public apology to "all African-Americans," as well. White people are striving for unity, even to the point of passing a resolution to "urge churches to demonstrate their heart for racial reconciliation by seeking to increase racial and ethnic diversity in church staff roles, leadership positions, and church membership." And this is just the tip of the iceberg. There are many efforts that the "white church" has made to seek reconciliation. We're doing all that we know to do.

We are sincerely trying to tell you that we are sorry. So it leaves me wondering why you wrote an article saying, "We Await Repentance for Assassinating Dr. King? We have "left our gift at the altar" and have gone to you, and confessed and repented. You said that is what was necessary for you to offer forgiveness, but obviously, it's not since you're still "Awaiting Repentance."

When the SBC published their apology to African Americans, it was received by Reverend Gary Frost who said, 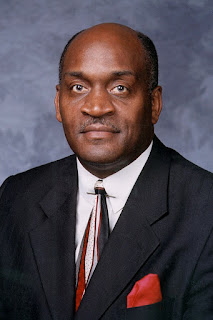 "On behalf of my black brothers and sisters, we accept your apology and we extend to you our forgiveness in the name of our Lord and Savior, Jesus Christ. Ephesians chapter 4, verses 31 and 32 say, 'let all bitterness and wrath and anger and clamor and evil speaking be put away from you with all malice, and be kind, one to another, tender hearted, forgiving one another, even as god, for Christ's sake has forgiven you.' Because of Jesus Christ our Lord and Savior, and his great love toward us, we extend that same love, forgiveness, grace and mercy towards you. We pray that the genuineness of your repentance will be reflected in your attitudes and in your actions. We forgive you, for Christ's sake, amen."

The way that it seems from where I sit, white believers are seeking reconciliation, and some black Christians, like Rev. Frost, are saying, "we forgive you." But you, as well as others, are still saying, "you can't have forgiveness until X happens first." But I have placed X in that sentence because we don't know what X is. We don't know what has to happen.

This brings me back to my core questions. WHO do you want to confess? And WHAT do you want them to confess?  And if you want more than confession and a plea for forgiveness, then you need to tell us. What exactly, in your eyes needs to be done?  Up to this point, you've said that asking forgiveness was all that was necessary, but obviously, that doesn't seem to be the case. White Christians are desirous for forgiveness; for your forgiveness. What do we need to do in order to get it? What still stands in the way?

I don't ask these questions in rhetorical fashion and these questions don't serve to advance an argument. I'm seriously and sincerely asking very real questions; very real questions that you must answer. Your white brothers have left their gift at the altar, come to you, and asked for your forgiveness. The ball is in your court so to speak. You have to be the one to tell them why they still can't have your forgiveness even though they've asked. What more do we (as white brothers) need to do? Please seek to answer this question clearly and openly. What still needs to be done to attain the unity that we have in Christ? 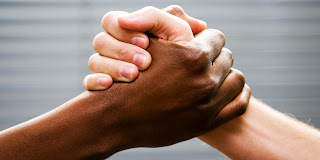 We need to get this done so that we can move on to the real work of advancing the gospel. Let's reconcile, for the sake of our Lord. His gospel and his glory demand it. We can't afford to continue stalling on this issue. And we can't move forward until these questions are answered. Let's do this!


"Only let your manner of life be worthy of the gospel of Christ, so that whether I come and see you or am absent, I may hear of you that you are standing firm in one spirit, with one mind striving side by side for the faith of the gospel."  Philippians 1:27