WE HOLD THESE TRUTHS TO BE SELF EVIDENT- FROM WHENCE COME YOUR "RIGHTS"?


Where do your rights come from? 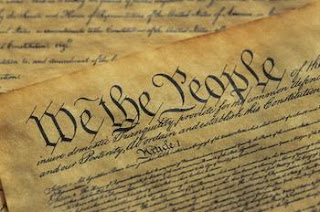 You see, the most foundational principle upon which our Republic is founded, is human rights. Every human has a fundamental and unalienable "right" to live how he or she chooses to live.

According to the founders of our Republic, these fundamental human rights come from God. Let me quote them for you.

"We hold these truths to be self-evident, that all men are created equal, that they are endowed by their Creator with certain unalienable Rights, that among these are Life, Liberty and the pursuit of Happiness.--That to secure these rights, Governments are instituted among men"

Did you hear that? The founders of our nation believed that it was the governments job to ensure that men are free to practice their "certain inalienable rights" that God has given them.  That's why government exists.

But this is where things get uncomfortable, because once we see why government exists, we have to ask the question, "what rights are unalienable?"  And in order to answer that question, you have to identify "what Creator?"

You see, if it's Allah, the Muslim creator, then there are a certain set of rights that each person has. In the case of Islam, men have far more rights than women. So do you wish to identify Allah as the "Creator" that issues men and women their inalienable rights?

In the case of Judaism, you would have a completely different set of rights that would be given to us as "certain unalienable rights." 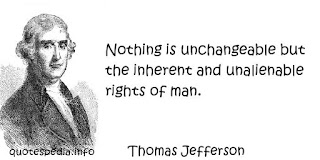 If Jesus Christ is the "Creator" who "endows men with certain unalienable rights" then we have yet another, differing, set of rights.

Do you see how quickly this got uncomfortable?

So here's what we know for sure.

1. The founders of this great nation proclaimed that it was the governments job to put into place protections for all men so that everyone could enjoy their rights. (That to secure these rights, Governments are instituted among men")

2. The rights which men possess cannot be taken from them without perverting a law which is higher than even the most powerful king who would wish to take them. (all men are created equal, [and given] certain unalienable Rights)

3. The most powerful man on earth cannot change what those rights are because they were given to all men by their Creator. (all men... are endowed by their Creator with certain unalienable rights.) 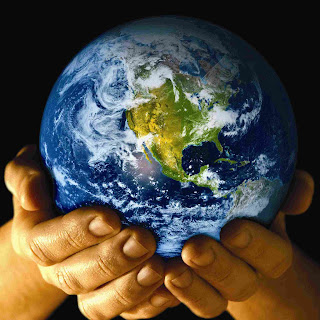 This is the question that you must answer. If the Supreme court wants to suggest that homosexual couples have the "unalienable right" to marry one another, then they have to make a case that that right was given to them by the Creator.  What Creator is it? Who is it that holds the whole world in His hands? I hope that you can see the dilemma. If there is no God, then the rights given to men are only those that the most powerful man gives them. But, if there is a God, and that God does give men unalienable rights, then no matter who is in power, he cannot remove those rights from the people. So where do those rights come from?


I'll be awaiting your answer.

*Note: Some might wonder why I make a difference between the Jewish God and the Christian God. The reason that I do so is because the Jews worship a god similar to the God of Abraham, Isaac, and Jacob, but over the years they have come to construct a version of that God who has become so errant, that this god can no longer be said to be the God of Abraham, Isaac, and Jacob. In fact, the God of their fathers, came to them in the flesh and their rejected him and refused to worship Him, choosing to worship instead a god which was a graven image, which they formed and carved in the furnace of their own minds. This is why the Jews need the gospel to be preached to them.