HOW MANY ATHEISTS DOES IT TAKE TO WRITE TEN COMMANDMENTS?

As I was scrolling through my news-feed yesterday, I came across an interesting article which listed the newly revealed "atheist 10 commandments." As a pastor and devoted Christian I opened the article with the excitement of a child on Christmas morning opening his presents. And, it was wonderful. Like that Christmas morning that I awoke to find a new bicycle standing next to the tree, I was overjoyed. I could not believe that contemporary atheists would give such a wonderful gift to Christianity.

Here's how it all came about.  Imagine if you wanted a new code of basic law “What if, instead of climbing Mount Sinai to receive the Ten Commandments from God, Moses had turned to the Israelites and asked: Hey, what do you guys think we should do?" 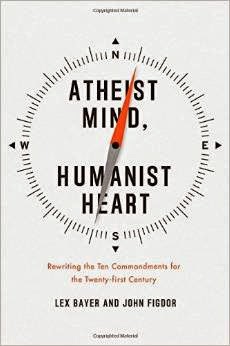 And that's what happened. Lex Bayer, the co-author of the new book, Atheist mind, Humanist Heart:  Rewriting the Ten Commandments for the Twenty-first Century decided to crowd-source a new list of commandments, intended to be superior to the 10 that Moses received from God on Mount Sinai. So, after almost 3,000 atheists from 18 countries put their collective knowledge of morality together, they developed one of the most contradictory and senseless documents ever made.  As I continued to read through the commandments, I had to double check a few times to make sure I was not reading the satire website "The Onion."

To begin, the list of ten commandments are called, "The Non-Commandments."  I'm not quite sure what to make of the name "non-commandments," especially when each one is an imperative. Are they showing their cards by saying that these commandments are not really commandments but simply suggestions?  By making a list of ten suggestions, they reveal a simple truth, without God there is no truth, only suggestions. Which means these atheists can't even declare that certain things are right and certain things are wrong, just suggestions from someone who doesn't know whether it's a good suggestion or not. Just a suggestion that they think is good and right, but are not really sure.  After all, how else can you get away with calling an imperative a "non-commandment."  But, let's pretend that this inconvenient contradiction did not exist and let's look at these commandments.

Here are the “Ten Non-Commandments”

1.  Be open-minded and be willing to alter your beliefs with new evidence.

The first commandment all by itself destroys atheism. Merriam-Webster defines atheism as, "the doctrine that there is no deity."  However, if an atheist decided to "be open minded" he would have to consider the fact that the existence of a deity might be a possibility."  Especially in the light of the scientific evidence which shows that before the big bang, there was no energy in existence to cause the bang, there was no space in which the bang could go bang, and there was no matter in existence to go bang. In other words, to be truly open minded would lead an atheist from the dogmatism of "there is no deity" to the open minded position of "a deity may exist."  This would mean his is no longer an atheist but an agnostic. So if an atheist wants to obey the first commandment, he has to abandon the atheist position for that of agnostic.

2.  Strive to understand what is most likely to be true, not to believe what you wish to be true.

Is it more likely to be true that Jesus' disciples preached the resurrection of Jesus even to their death when they knew it to be a lie? Or is it more likely that they preached the resurrection of Jesus even to the point of a pain-filled death because it was a real event?  Now careful, don't just believe what you want to be true, believe what is most likely to be true. Why would dozens of dozens of men die for something that they knew was staged? It is therefore most likely that it was not staged and was a real event. After all, if we're going to be consistent and keep the first commandment we have to keep this open as an possibility.

3. The scientific method is the most reliable way of understanding the natural world.

4.  Every person has the right to control of their body.

What also becomes apparent by this commandment is that the United States needs to apologize to Osama Bin Laden's family for killing him since they took away his right to control his own body.  It also means that we need to immediately release prisoners and schoolchildren who's bodies are being forced into acting certain ways, (sitting down, staying quiet, being forced to walk in a line at certain times, and being forced to go certain places). Why don't they have the right to control their own bodies?

I suppose that atheists will argue that this commandment does not apply to children and criminals but what about adults who wish to smoke crack or drive drunk or cheat on their spouse?  This should be perfectly acceptable as long as they don't hurt anyone else's body.  Essentially, things are wrong only if someone else actually gets hurt.  So feel free to smoke crack, speed, and run red lights, drive drunk, and cheat on your spouse. It's your life and your body. None of those things are wrong. You can do whatever you want as long as you don't hurt anyone. Go ahead, there's nothing wrong with cheating on your spouse as long as they don't find out.

5.  God is not necessary to be a good person or to live a full and meaningful life.

How do you define good person?  Every atheist has a different opinion of good than every other atheist.  Who's opinion do we go by?

And of course commandment 4 is only true if there really is no god. But if there is a god, then it's wholly untrue, because a person who rejects the idea of God when there is a God, is by definition a bad person. But of course, if we wish to obey the first commandment, we have to allow for the possibility that a god does exist, and when we do that, the atheist has to concede that he's not sure if number four is true or not. It's just a guess.

6. Be mindful of the consequences of all your actions and recognize that you must take responsibility for them.

Why should I be mindful of the consequences of my actions?  What if I don't want to be mindful of them?  Is that wrong?  I still can't figure out why they want to force their beliefs down my throat. Stop forcing your idea of morality on me! Let me live my own life and believe what I want!

7. Treat others as you would want them to treat you, and can reasonably expect them to want to be treated. Think about their perspective.

Again, why should I do this? I thought everyone had control over their own body? How can they now say that I need to obey them by thinking certain thoughts? It's my brain thank you very much and besides, I like commandment three better, so I'm going to obey that one instead of this one. You don't deserve to have control over my thoughts.

8.  We have the responsibility to consider others, including future generations.

What? "consider future generations"? Are they suggesting that we need to consider those who are not yet born?  Are the unborn even persons? For the longest time, atheists have suggested that the unborn are not persons.  I guess atheists have changed their view. I can't wait for the flood of atheist voices to join the pro-life movement.  Way to go atheists, way to go! Come join the fight against abortion! Let's stand up for those future generations who have not been born yet.

Oh, wait, what?  So, I guess we've been wasting our time reading these commandments. Never mind everyone, let's go home, there's nothing to see here. What had started as a good idea to give humanity the right way to think, act, and view the world has failed because there is no right way. Again, it seems that this is all just suggestions. None of them are necessarily right. So don't waste your time even reading them. They are just some guy's guess which is after all, just as good as your own.

10. Leave the world a better place than you found it. 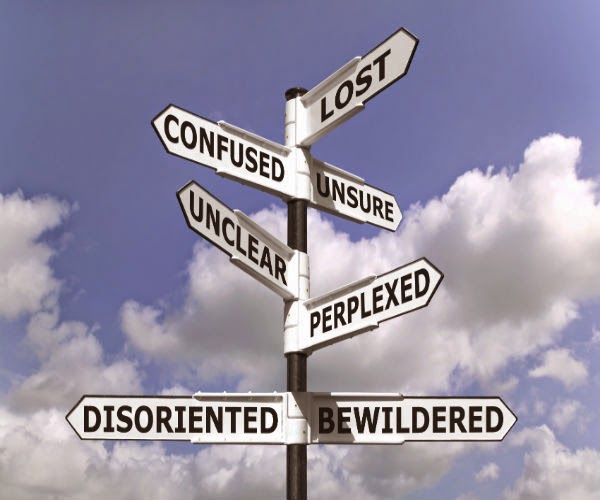 So there you have it.  Thousands of the most brilliant atheists minds have just offered you a list of non-commandments for you to not-obey.  Or do they want you to obey them?  I can't tell. If they want you to obey them, then I assume that they think that this is the best way to live, but it can't be since there is no one right way to live. So at best these are just suggestions which you should not believe since they have not yet been proven by the scientific method. So at the end of the day, if you want to obey these commandments, it will require you to ignore these commandments. So, let's just skip to the chase, go ahead and just get straight to ignoring them.