Philippians 1:6 Probably Not What You Think It Means

In the movie "The Princess Bride" the inimitable character Vizzini keeps using the word "inconceivable" at every chance possible. Finally, Inigo Montoya can't take it anymore, turns to Vizzini and says, "you keep using that word, I don't think it means what you think it means."

As Christians, I think we might have more in common with Vizzini than we would care to admit. I sure wish I had an Inigo Montoya there to correct me when I needed it. But if the truth be told, I have someone better than Inigo Montoya. Jesus called him "the comforter" or "the advocate."  We call him, "the Holy Spirit." He has many functions, and correcting us is one of them. Let me offer an example.

All my life I've been convinced that Philippians 1:6 was a declaration of our continued progressive sanctification. You know the verse, "And I am sure of this, that he who began a good work in you will bring it to completion at the day of Jesus Christ."

That's about progressive sanctification right? Or is it not? As I was studying this passage recently, I began to have my doubts. It was like the Holy Spirit was there whispering in my ear, "you keep using that verse, I don't think it means what you think it means." 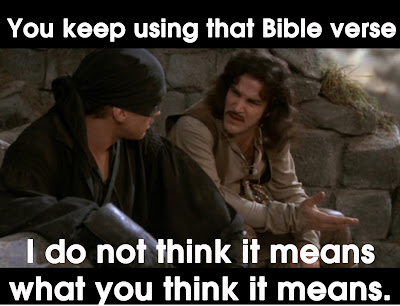 So if Philippians 1:6 is not about progressive sanctification, then what is it about?


In verse 6, Paul references the "good work" which God began in the Philippian church. But Paul is not referencing this "good work" in a vacuum, he's already mentioned what that good work was in verse 5, the "partnership in the gospel." Paul is citing the Philippians continues to share with Paul, their money, their people, and in suffering. In fact, in chapter 4, Paul says, "Yet it was kind of you to share my trouble. 15 And you Philippians yourselves know that in the beginning of the gospel, when I left Macedonia, no church entered into partnership with me in giving and receiving, except you only."

The Philippians are most likely afraid that all of their efforts have been done in vain now that Paul is sitting locked up in a Roman prison cell. Imagine investing all you have into a company only to see the government come in and shut them down. You would feel like all of your effort and investment has been done in vain. I imagine the Philippian church felt the same way.

Thus, Paul mentions their "partnership in the gospel from the first day until now" in verse five and then immediately says, that this "good work" that God began will be brought to completion at the day of Christ. In other words, I think Paul is saying,

I think that makes verse 6 encouraging for two reasons.

1. Whatever you have done in service to God will not be lost, thwarted, short circuited, erased, or diminished. God WILL bring it to completion at the day of Christ. So whatever you've done in service to God that you feel like was done in vain, you're wrong. Partnering with God in the work of the gospel will be brought to completion at the day of Christ, even if our natural eyes see it having come to an end. Don't believe the way things appear. God is still using what you thought was done in vain. 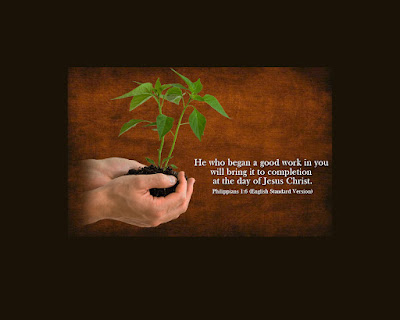 2. We can be encouraged to continue our efforts for the sake of the advancement of the gospel with full assurance that our efforts are not in vain and never will be.


So let's roll up our sleeves, get to work, and join in the gospel work that God is doing. We have full assurance that our partnership in the gospel will not be in vain, God will bring it to completion at the day of Christ.