Robin Williams and the Broken Pitcher 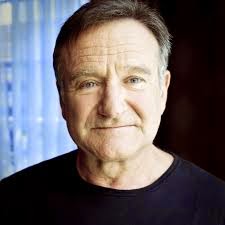 A lot of people are talking about the suicide of Robin Williams﻿. What has been glaringly absent from the discussion is Robin's worldview.  Robin didn't have much use for the idea of God, other than a punch line for his jokes. During his battles with Cocaine and alcohol he said that the answer to life's problems was "mind over matter." He was a man who learned to cope with life by always being the comedian. Those who knew him said that he was "always in character." One of his closest friends, Jamie Masada, said. "I knew him 35 years, and I never knew him."

Why did Robin choose to cope with life's trouble by being the clown? Why did he laugh and mock everything that he could?  Why did he have more fame than most actors will ever achieve, more money than most will achieve and more depression than most will know?

In Jeremiah 2:13, God says, "My people have committed two evils. First, they have forsaken me the fountain of living water, and second, they have made pitchers for themselves, broken pitchers that can hold no water."

If only he would have seen that Jesus Christ is the fountain of living water and all other pursuits and possessions do not fulfill. They cannot.  We were created BY Jesus Christ, FOR Jesus Christ. God has cursed this world and everything in it.  Our bodies are cursed with sickness, disease, and pain, the creation is cursed with war between man and animal, man and man, man and weather. Weeds grow like... well, weeds while crops struggle to survive, and at the deepest point of the well of our hearts we remain cut off from the only source of water. If we pay attention we should clearly hear God telling us that something is wrong. 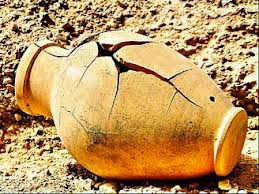 When God cursed our bodies, and the earth, and our relationships, he did us a favor. In doing so, he shouts to us, SOMETHING IS WRONG! But even with God shouting in our ears, we refuse to listen. We refuse to humble ourselves and confess that it is not just Adam's sin that is responsible for the chaos of this world, but our own. And so we go on, clapping our hands over our ears and telling ourselves that more money, or fame, or humor, or fun, or drugs, or alcohol will fix it all. Robin was blessed in that he was able to learn first hand that the oasis of money and fame was just a mirage. He knew that they were simply broken pitchers that can't quench the one who thirsts. Robin was also sinful and he never listened to the shouts of God that were constantly ringing in his ears telling him that something was, and is, wrong. He had everything that this world could offer and it was not enough, and so in the end, instead of humbling himself and going to drink from the fountain of Living Water, Jesus Christ, he took his own life.

Money couldn't fix him. Power couldn't fix him. Fame couldn't fix him. Drugs and alcohol couldn't fix him and he knew that.  So where else do you go when you find that the world does not satisfy? You either live the rest of your life empty like the broken pitchers that you've been trying to drink from, or you turn to the fountain of life and live.  Robin chose the former and couldn't bear being empty any longer. Robin William's death is sad and tragic, but it need not be pointless. We can learn from him. We can see his mistake and avoid it ourselves. We can humble ourselves and turn to the Fountain of Living Water, Jesus Christ.

Let us learn from his mistake. Come to Jesus before it's too late. He is the only fountain of water, the only hope, and the one who will reverse all of the curses when he comes.  So, look to him and find your hope in him. If you do so, he will show himself to you.