Is your pastor teaching you to tithe? He shouldn't be.

THE MOST MISUNDERSTOOD BIBLE VERSES EVER (PART 3, MALACHI 3:8-12)

Tithing hurts people. It really does. One one side of the tracks there are those who are simply poor and cannot afford to pay one-tenth of their income in a tithe, and so they struggle, fall deeper into debt and some even lose their home. Tithing hurts these people. 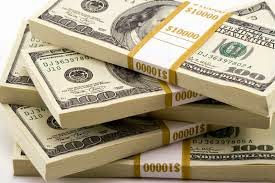 On the other side of the tracks, there are those who make several hundred thousand dollars per year and can afford to give much more than ten percent. In fact, they should give more than ten percent (depending upon each individual's circumstance) and yet they only give ten percent, and so the rich are hurt too, believing that God is pleased with them when he's not.

"Will man rob God? Yet you are robbing me. But you say, 'How have we robbed you?' In your tithes and contributions. You are cursed with a curse, for you are robbing me, the whole nation of you. Bring the full tithe into the storehouse, that there may be food in my house. And thereby put me to the test, says the LORD of hosts, if I will not open the windows of heaven for you and pour down for you a blessing until there is no more need. I will rebuke the devourer for you, so that it will not destroy the fruits of your soil, and your vine in the field shall not fail to bear, says the LORD of hosts. Then all nations will call you blessed, for you will be a land of delight, says the LORD of hosts."

When the subject of tithe is brought up, this passage is usually the first to be mentioned. One person will say to another, "you don't want to be guilty of robbing God do you? So you better give your tithe." And so the rich and poor alike are taught to believe that God wants them to give ten percent of their income. But, let's look into this passage and examine it with some depth of understanding and see what's really going on here. Does Malachi really teach that God wants 10% of  our income? 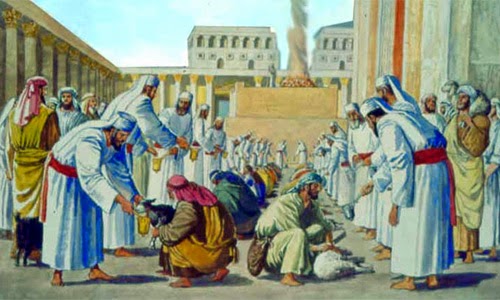 Every year, the people were required to give 10% to the tribe of Levi. The Tribe of Levi was not given any land and was not allowed to make a living doing anything else. All the other tribes in Israel were given land as an inheritance, but not the tribe of Levi.  In fact, God commanded they could not purchase land or own property, or make money in any other way. Their land was to be given to them by the people, (similar to the modern version of a parsonage.) The Levitical tithe then was for the purposes of allowing the Levites to provide for themselves and their families since God had not given them any land, and had commanded that they not make a profit in any way whatsoever. In fact, Jews to this day do not tithe since there is no temple nor Levitical preisthood to support. (See Numbers 18:21-28 for more detail on the Levitical tithe) 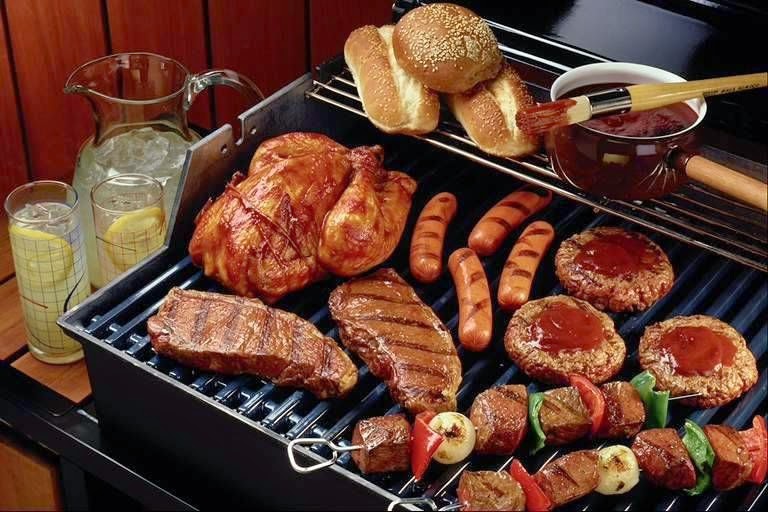 Every year, the people were also commanded to throw a huge party. Everyone was required to give 10% of their increase in order to fund to the celebration. This "party tithe" was also to be shared with the Levites. There was no refusing to send an invitation to a Levite, even if you didn't like him.  So the people would all gather in one place and bring a tithe and have the biggest party ever... every year! God had commanded them to feast on "oxen or sheep or wine or strong drink, whatever your appetite craves, and you shall eat there before the LORD your God and rejoice, you and your household." It seems to me that if the church should require its people to give any tithe, I think it should be this one, but that's just my opinion. (See Deuteronomy 14:22-29 for more information on the Festival tithe) 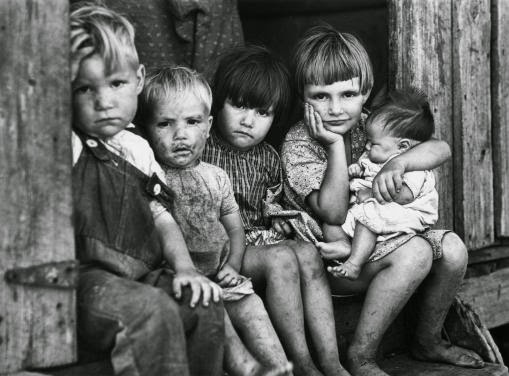 *KING'S TITHE
There is also a fourth tithe taken by the king, so that would have made tithing a much higher percentage than 30%. But I'm not including this in my calculations since Israel was not supposed to have a king in the first place.  (1 Samuel 8:14-17)

So if we don't include the king's tithe, then we end up with a yearly average of about 23%. This is not steep and it's not surprising. This was for the support of the Levites and Priests, upkeep of the temple and all who worked in it, the poor, the immigrant, and the orphans and widows.


ROBBING GOD- HOW MUCH DID GOD REQUIRE?
When Malachi rebukes the people of Israel for not giving their tithe, the amount is somewhere between 20% and 30% per year. But notice that Malachi does not stop there. He says that they are robbing God because they are not giving their tithes OR their "contributions."  The Israelites were commanded not only to give the 20%-30% per year in tithes, but they were also commanded to give contributions. As we've seen so far, the tithe would go to support people, while the contribution on the other hand was to be an offering that went to the Lord and would be offered up on the altar. So not only were they required to give the tithe to support the ministers, the poor, the immigrants and widows, but they were required to give offerings straight to God. This puts the overall percentage far above 30%.

SO WHY DO PASTORS TEACH 10%?
What pastors have done today is affirm that all those rules and regulations have been done away with and so we're no longer required to give a poor tithe, or a party tithe or mandated offerings to God. But then they turn around and resurrect the idea of the Levitical tithe and leave it standing on its own. For the life of me I can't figure out how that's possible?  How can we simply pick and choose which tithes we want to resurrect and which ones we don't?  And if we can pick and choose, then why would we not resurrect the party tithe?... but I digress.  The point is, we can't pick and choose which ones we want to resurrect. They're all gone and nothing remains, but if they are not all gone, then they all remain. We can't take some, leave some.  We either have to obey ALL of God's laws on tithing or we have to leave them behind in the Old Covenant, where they belong.

But as it is, the pastor usually teaches his church that giving the "Levitical tithe" is necessary. Then they identify themselves as the new Levites since the Levites were the "pastors" and priests of Israel. This makes some sense. After all, pastors make their living off of teaching the word of God just like the Levites did. But are pastors of today just like the Levites?  Not exactly. Pastors today are able to own land, they are able to invest their money, they are allowed to make a profit. The Levites were not allowed to do any of these things, which is why God commanded a tithe to be given to them. 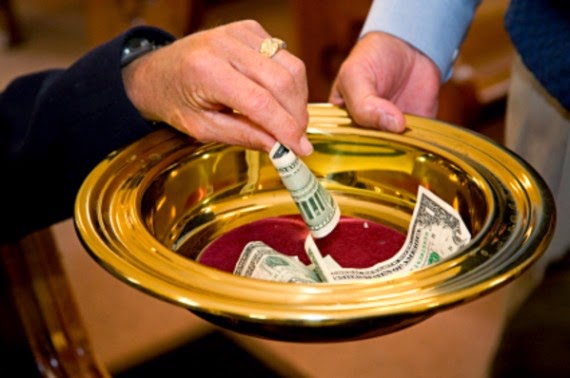 Some might say, "But still, they are similar so shouldn't we give ten percent to the pastors?" No, the New Testament has very clear passages concerning what we should do with our money, and even teaches us what is to be given to pastors. In fact, when Paul writes to Timothy he says, "Let the elders who rule well be considered of double honor (double payment) especially those who labor in preaching and teaching. For the Scripture says, 'You shall not muzzle an ox when it treads out the grain,' and 'The laborer is worthy of the tithe.'  OK, I'm kidding it doesn't really say tithe, I just made that up, it says wages, "the laborer is worthy of his wages." The only way that you can come to the conclusion that a pastor should receive a tithe is by making it up just as I did above.  The word "wages" is an agreed upon amount for a specific work to be done. It doesn't mean tithe. It means wages. Before you go to work somewhere you first come to an agreement of "how much work will I do? and What will I get paid to do it?"  These are wages. They change.  If you do more work, you get more wages.  If you do less work, you get less wages (at least that's how it's supposed to work). A pastor is entitled to agree upon a wage for specific work, and Paul says that the one that preaches and teaches should get double what the other pastors are getting. Although, I don't think that Paul means a literal double. I think he simply means that they should be paid extra-well.

So there you have it.  Malachi is not teaching that we have to give 10% to anyone. The Israelites had to give tithes and offerings. It was the law.  They were breaking the law that God had given them. God sent Malachi to rebuke them for their lawbreaking.  Are you under the law? If you are, then you have to keep all of it. You don't get to pick and choose.

HOW MUCH DO WE HAVE TO GIVE NOW? 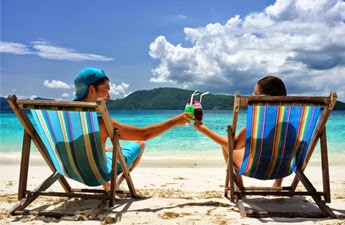 Nothing.  You don't HAVE to give anything. Pretty simple really.  You give what you WANT to give. So, the man who makes $1 Million per year and only wants to give 10% and desires to keep the $900,000 for himself is free to do that. Of course he will stand before God in judgment for all that he does, and does not do.  What about the single mom with 4 kids who makes $25,000 per year?  Should she and her kids go hungry on some days so that she can afford to give the "required" $2,500?  No.  She is free to give as much or as little as she wants to. If she decides to live on beans and rice because she wants to be able to give 8%, then she has given more than the millionaire who lives lavishly and gives 10% and God sees that.  The poor woman giving 8% will be honored on the day of judgment and the millionaire who gave 10% will not be. Remember, God's pretty smart y'all. You can't fool Him, He looks right into the heart. He knows if you're giving because you're rich and it's easy to give 10% and you won't even miss it. He also knows if you're giving all you can afford to give simply because you love him (even if all you can afford to give is 5%).

There is no tithing law. Please listen to me. Please be aware that the secrets of your heart are being judged right now by God in how much you give or don't give. And he's not judging by percent, he's judging you based on what, or whom you love, and we all know that where your treasure is, there your heart will be also.